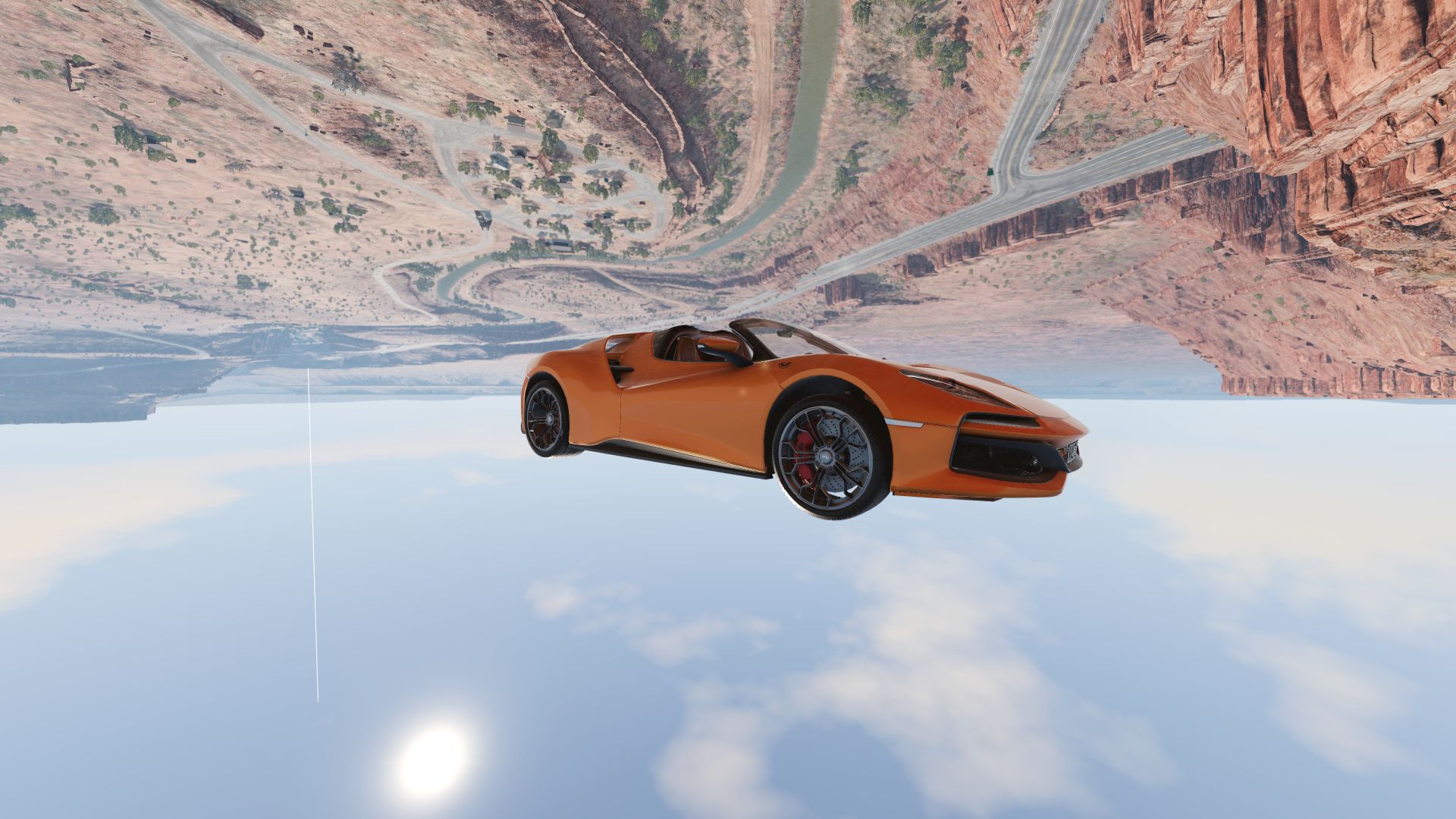 There’s this feeling I get that something is wrong, that everything is wrong, that I am wrong. As if my very existence is in opposition to reality. As if my molecules might suddenly rearrange into another configuration if I stop concentrating on them for long enough. As if my body would, if it had its way, crush down to a single point and expand into a new universe that doesn’t contain me any longer.

I don’t get this feeling much anymore, but it happened often at night when I was a kid. Whenever this feeling came along, I would lay in bed stock still, arms at my sides, staring up at the ceiling and waiting for a car to fall from the sky perfectly on top of me, crushing me. I thought about it so hard that sometimes I could hear it sailing through the sky, about to destroy my ceiling and finally rearrange my molecules in the way they should have been in the first place. 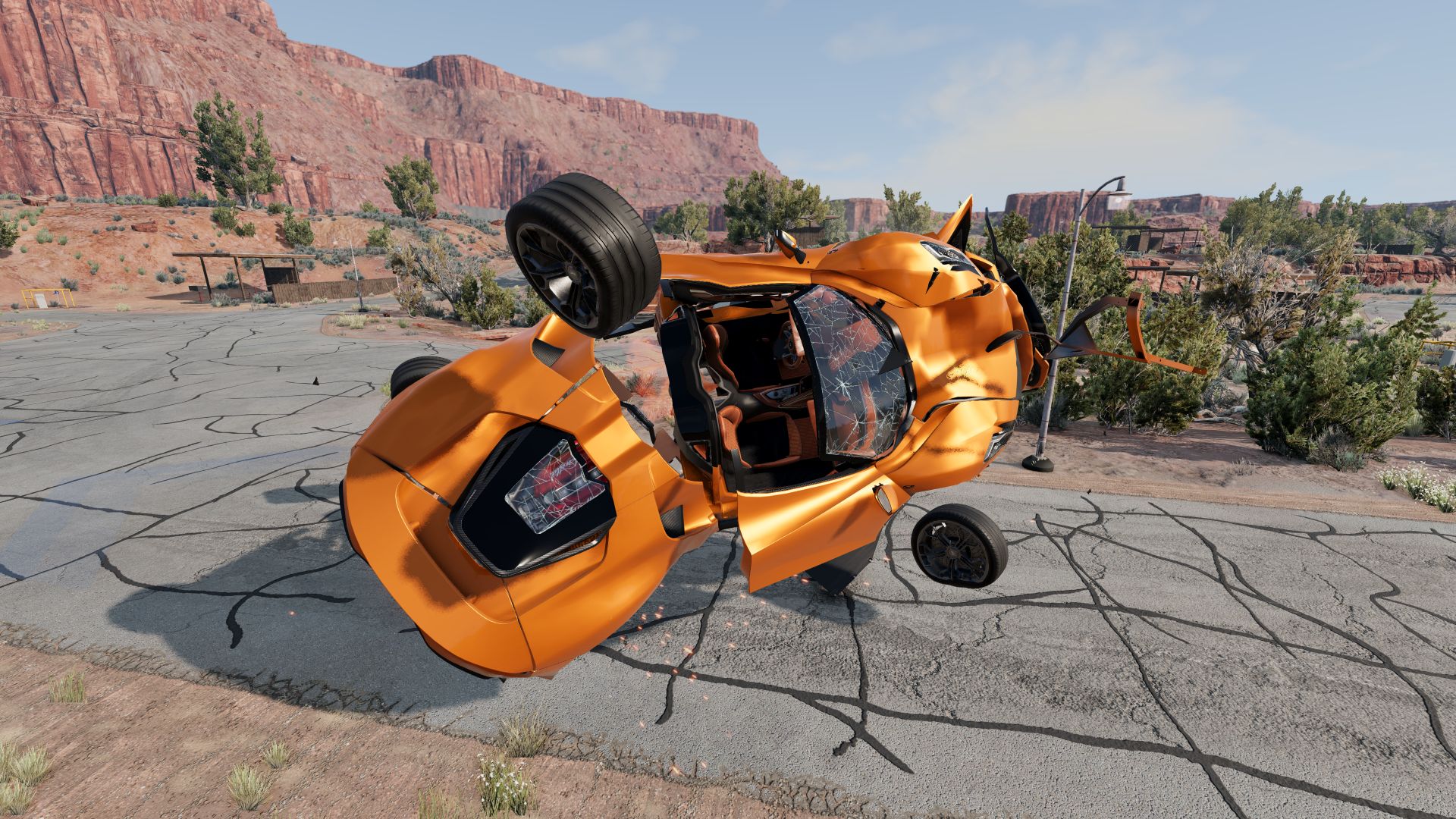 BeamNG.drive is a tool for roleplaying as a car. There are no humans in BeamNG.Drive, only cars and things that destroy cars. Unlike Burnout Paradise, which similarly has no humans, it makes no pretenses about being anything but a Car Simulator. There’s no DJ, no perfunctory coffee shop, and most of the time there’s not even any traffic.

Which means that when I project myself into this game, I am not a person. I am a car. 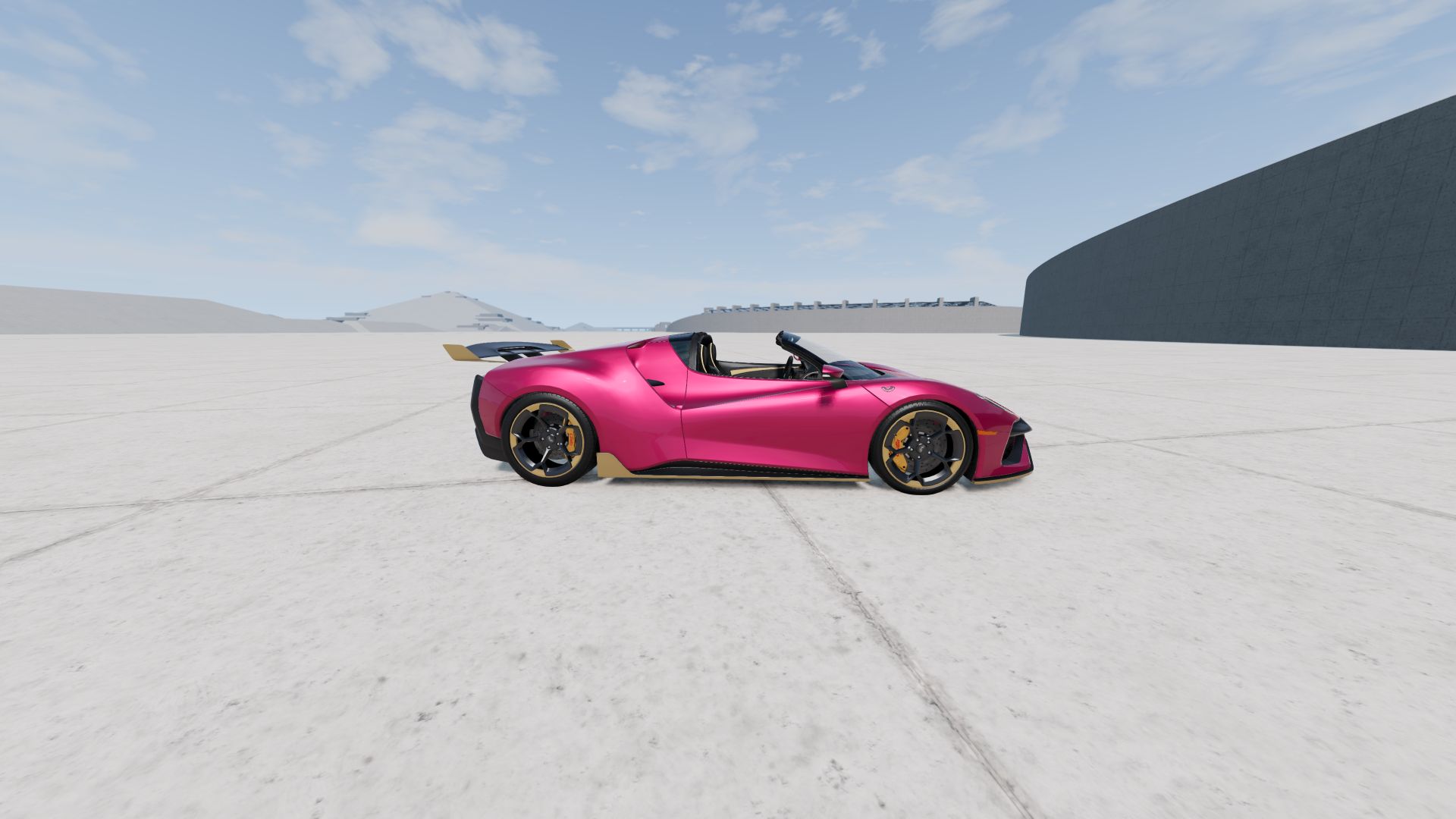 BeamNG.drive is also one of the most magnificent physical material simulators ever made. Every piece of these cars is meticulously arranged and simulated to such a degree that (I assume) people who actually understand how cars work would be impressed. Each part serves its function physically, meaning that these cars are (much like the real thing) incredibly delicate. Where most car simulators (which sometimes happen to be games (BeamNG.drive is not a game)) would let you fudge some injuries to your car and still drive away, BeamNG.drive will not let you get away with anything.

Did you high center yourself and damage your fuel tank? Good luck driving for much longer. Did you clip a telephone pole and blow out your tire? I sure hope you like going 30 MPH and pulling hard to the left at all times. 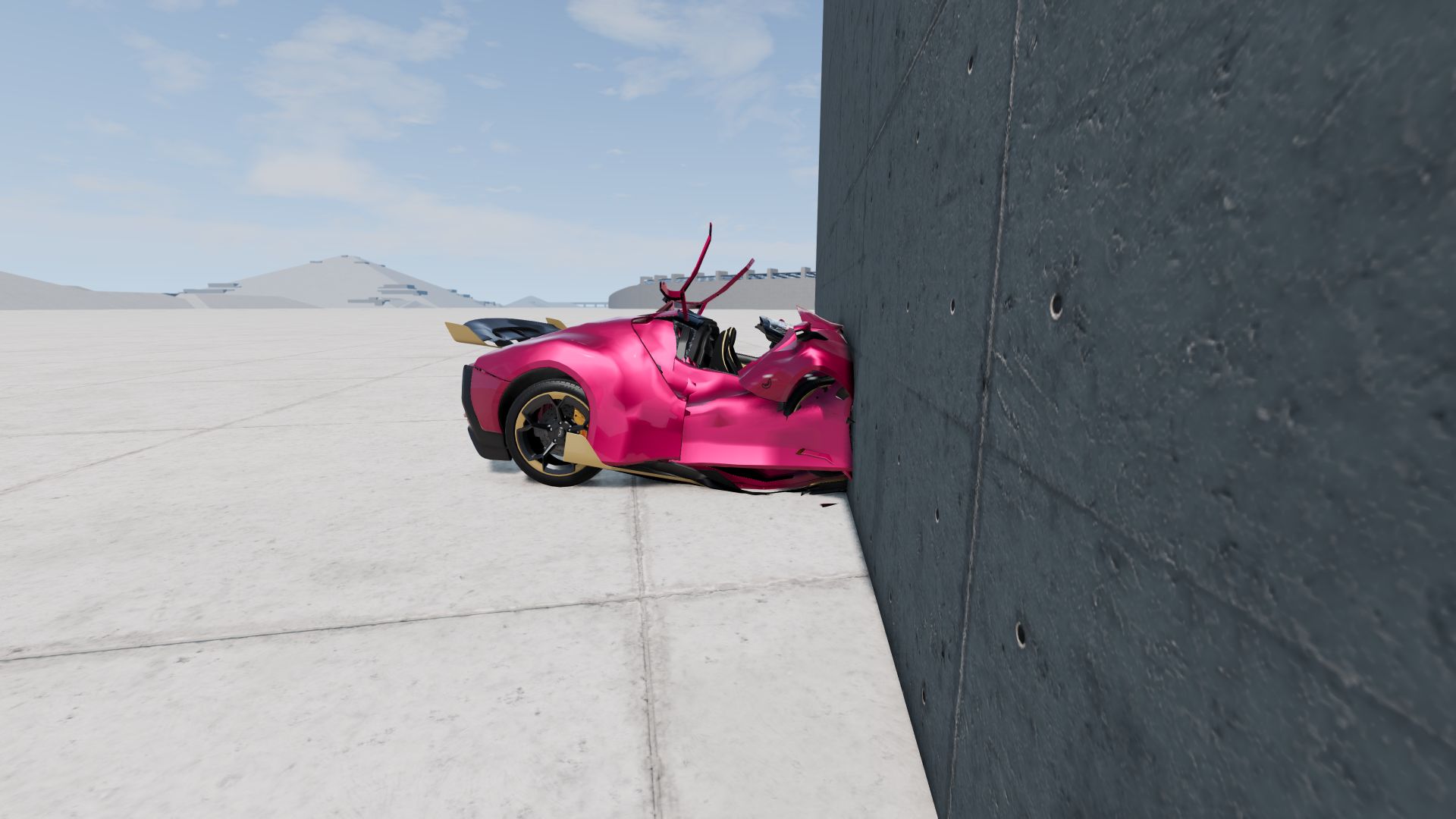 What else did you expect?

I can’t really watch horror movies because watching someone else get physically harmed is actively painful to me. I will literally get muscle cramps from the tension of watching someone be caught in a bear trap or walk through broken glass or thrown into a pile of used hypodermic needles.

Even just the tension of seeing a fully functioning human who is not in danger can sometimes get to me. I’m just waiting, watching, wondering which part of their body will be harmed before the movie is merciful enough to kill them. 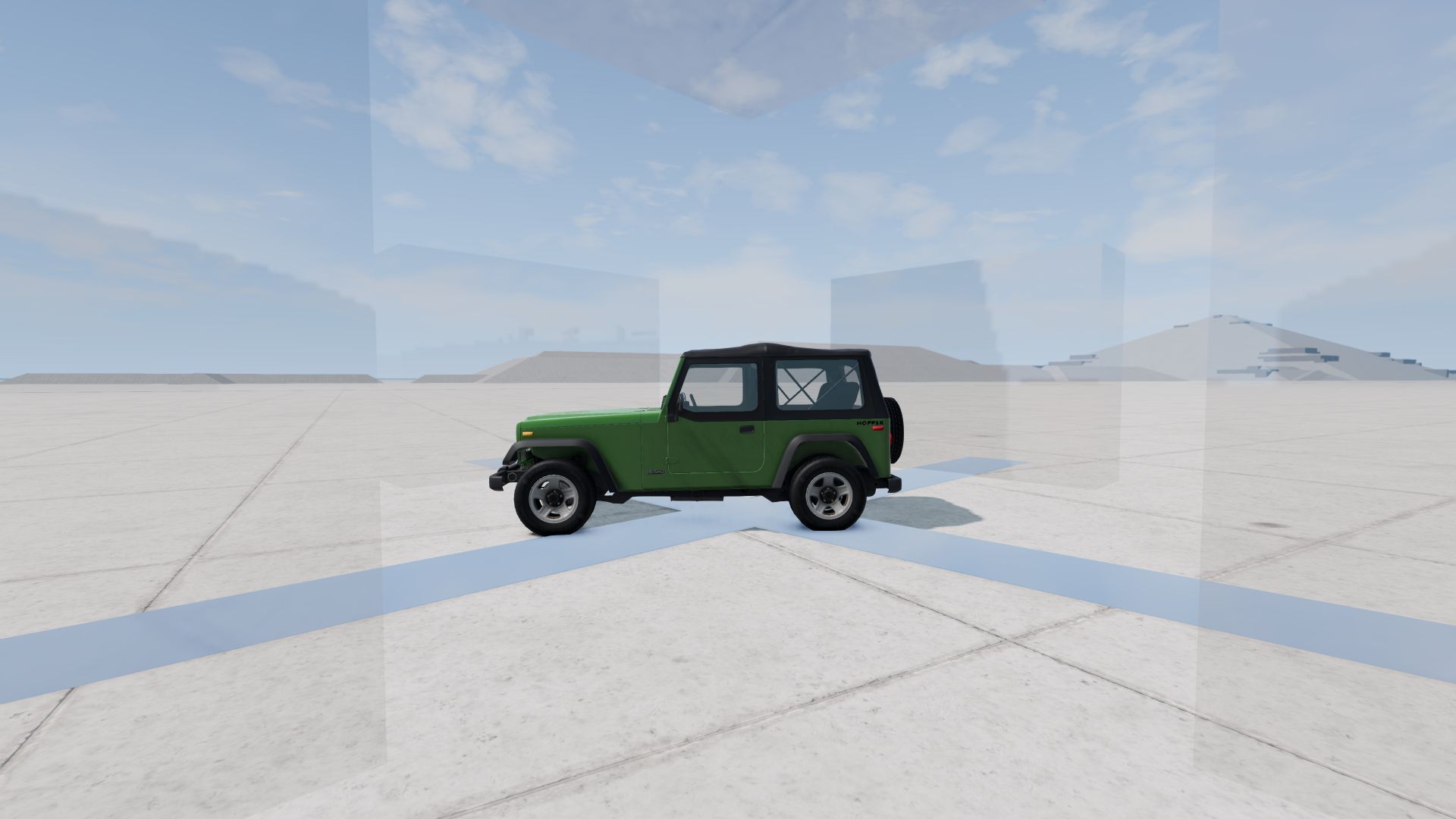 But going from Fully Functioning Vehicle to Pile of Scrap Metal in less than a second is one of the most thrilling things I’ve ever experienced. The sensation of watching my body get pulverized, mangled, torn in half, and otherwise destroyed is the opposite of watching it happen to a human. It’s what I imagine it feels like to have a broken bone magically unbroken. 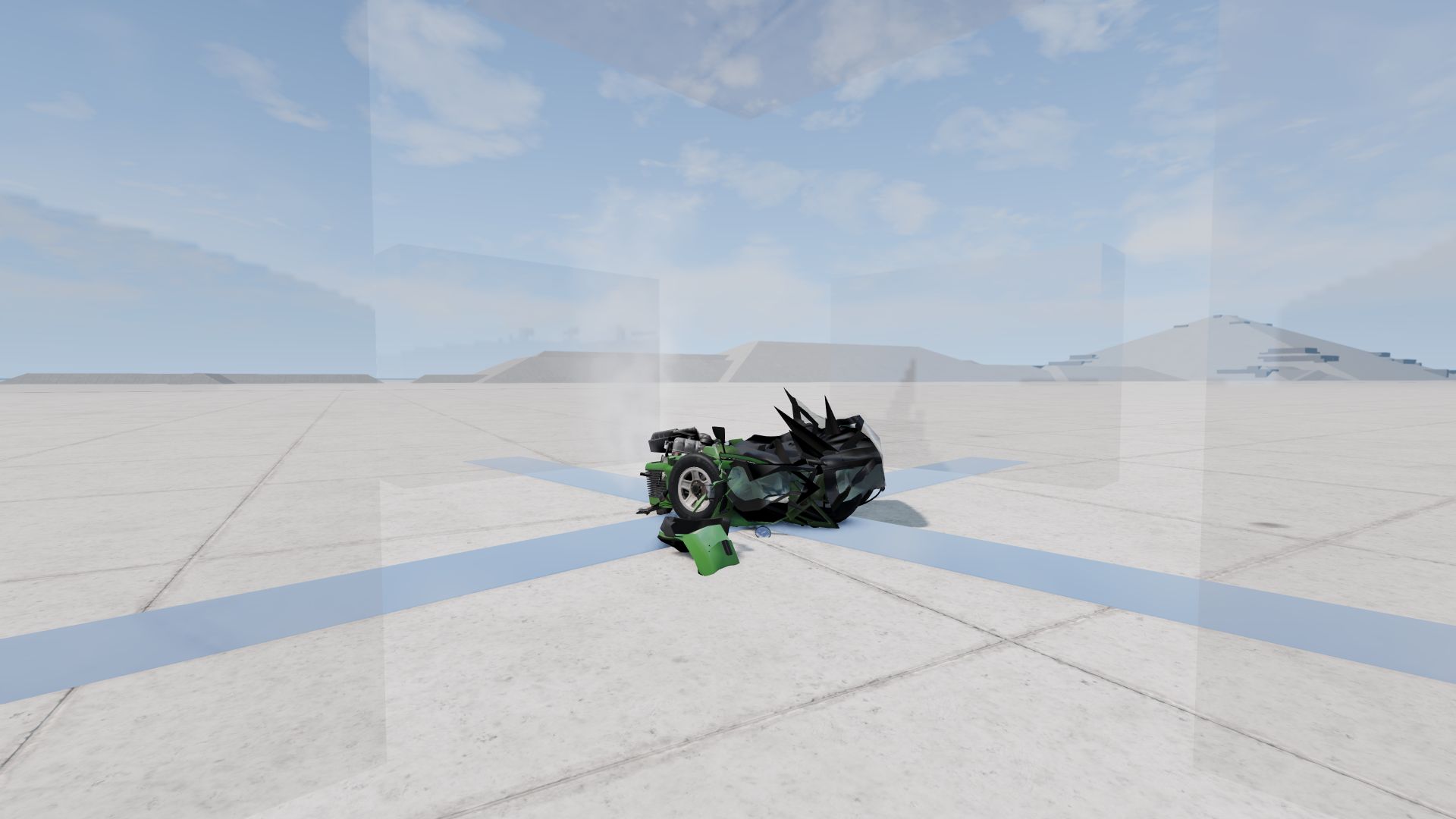 I can feel the thrill in my chest even as I type these words. Just looking at these pictures reminds me of the momentum and the crush that I love. All I want to do is drive my car off a bridge, then hit the rewind button and do it again.

Is this what other people get from body horror? If so, I can’t possibly judge anyone for getting excited about bloodshed. I can’t watch Cronenberg films (no I have not seen Crash) but if this is the result then how could I possibly judge them for it?

But for me, I just want to be a car, and then die horribly. I want to fall from the sky nose first into the ground and have my engine thrown 50 feet into the air from the resulting impact. I want to do a jump at 160 MPH with no plan for sticking the landing. Stick me in the car blender and turn it on. 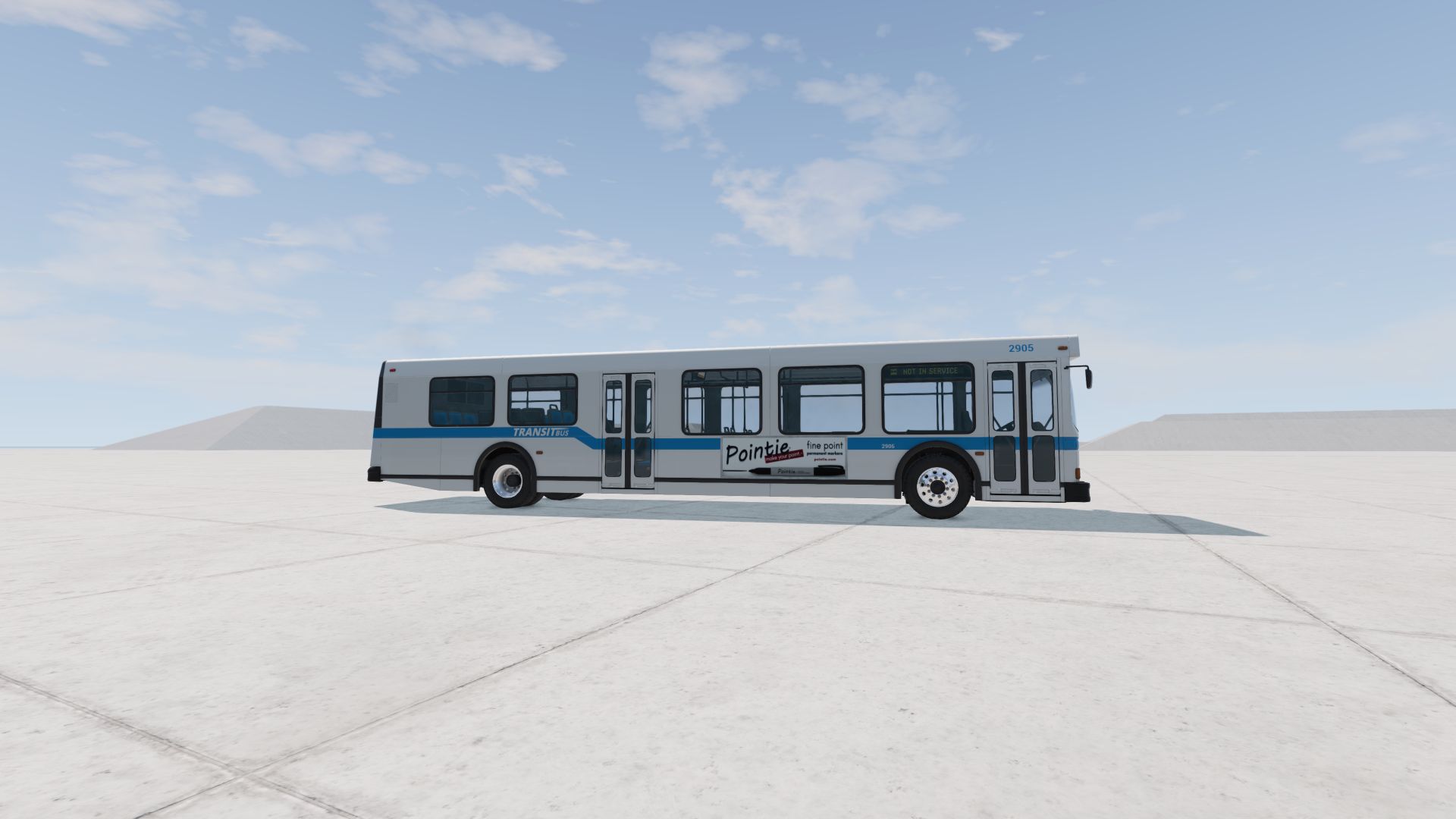 I think BeamNG.drive knows this. It pretends to be a serious car simulator, and they’ve added all sorts of new modes to support this. But they’ve never stopped supporting car blenders, car crushers, car pancakers, car rippers and tearers, car cannons (imagine a car cannonball), etc. These tools aren’t presented to you right away, but for those of us who know where to look, they’re easy to find. 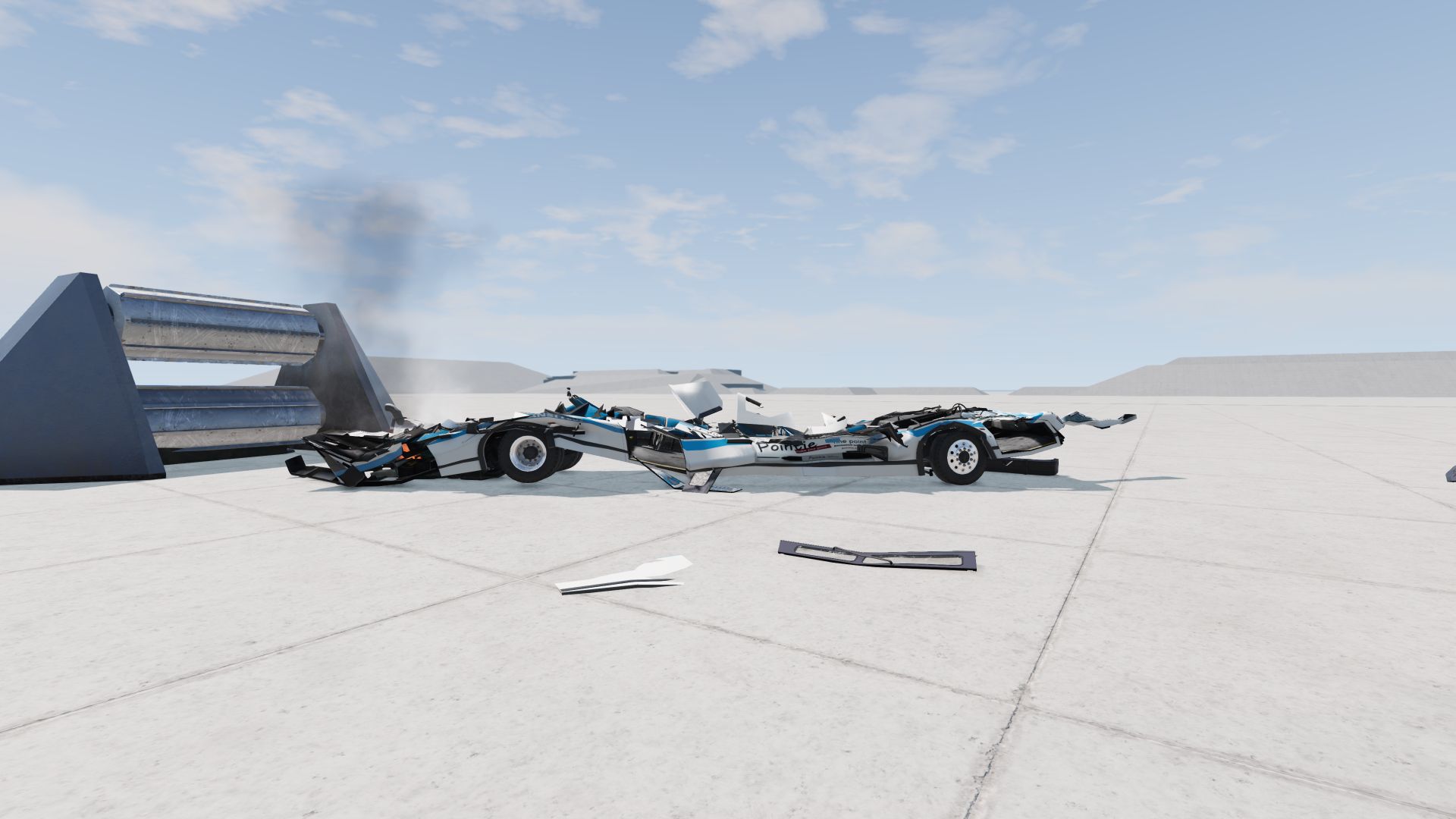 I hope you too have a car crushing simulator of your own. I hope there’s something that gives you the thrill of being destroyed and rebuilt. Because honestly, I sometimes think this is the only thing I seek in my entertainment - the sensation of being rearranged.

Also like, you can just smash some fucking cars how god damn cool is this 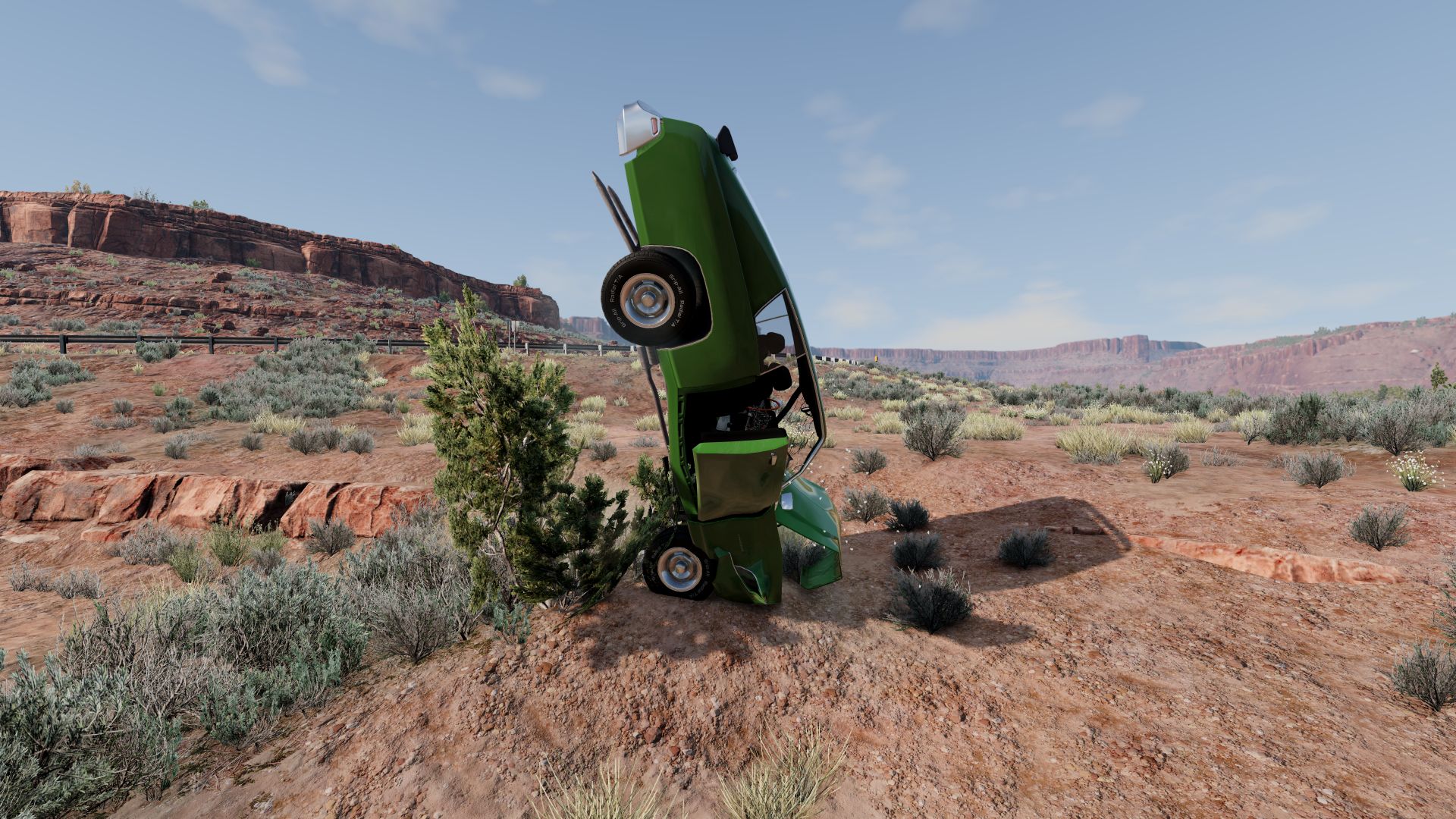